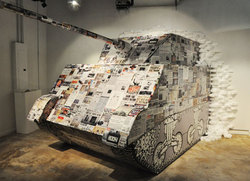 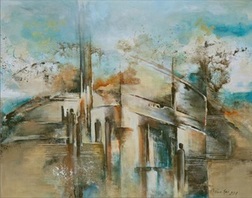 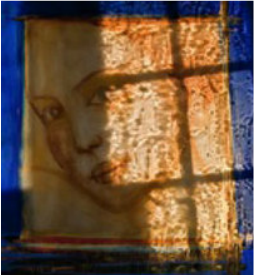 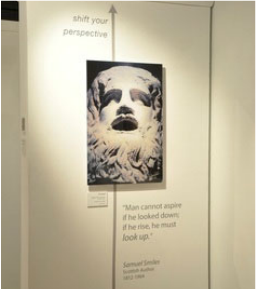 "Look UP!"
A photographic exhibit by Wayne Grabein 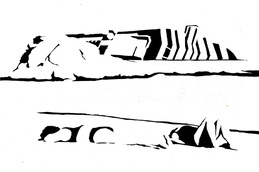 August 2013
“The Longing”
A solo exhibition by Casey Waterman 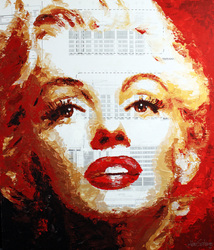 April 25 - 2013
With solid Impressionism influence, colors of Romanticism and a Baroque hint in his brush strokes, HaviSchanz, born in Argentina, grows thru the expansive waves of Pop that explode in Sudamerica in the 80's.

The architecture as a profession, specializing in Urban, professor and director of several projects in his successful career, were not enough to prevent the vocation, natural talent and passion for painting, which would lead to either absolute dedication in the way of the fine arts.

Many artists have tried to portray Hollywood's Glamour thru "movie stars" that launched the beginning of the POP movement, HaviSchanz, adds to this expression with a "New Romantic" make-up and distinguishes also the interpretation, expression and depth with each glance.
Curated by Ignacio Irazoqui

March 09 2013
Motivated by the feminist movement and taking center stage in the story of her life, Ana Rossi has learned what the 60’s leave behind for contemporary women artists. Organic elements, photography, pop inuence, and psycedelia converge in a piece of work whose concept is centered within women’s rights, their ghts, and reactions. Vibrant colors in moving gures, surrealist environments, cosmic images, the mystic oriental inuence, poesy, and literature, make “Challenge” become a journey from sensual to protestant moments as these elements are manifested through the latest mixed media resources.

Born in Argentina within a context where her childhood and adolescence elapse during a military dictatorship, Ana was left to fulll the necessity to express herself. She began her studies in the workshop of the painter Jose Amore at the age of sixteen. In 1985, she entered the National School for Fine Arts Prilidiano Pueyrredon, where she was taught by Carreño, Miguel Angel Vidal, Julio Flores Benedinni, just to mention a few.

Ana Rossi portrays her vision in series. Decade after decade, she paints about stories of women through dierent points of view. What the artist is really interested in is the interaction with the public and their genuine feedback; this is the reason she tells stories through painting. In “Challenge”, Ana Rossi synthesizes with colorful feminine gures on metal backgrounds, the strength of her gender when facing a challenge. 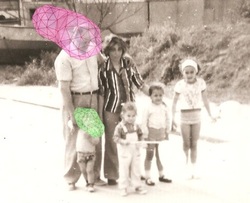 January 2013
Fabian Nonino was born in Morrison, Córdoba, Argentina. His first conscious relation with space began with his work at an architecture study, which designed commercial stores and stands. He graduated as set designer at the School of Arts, Escuela Superior de Bellas Artes Ernesto De La Cárcova. He worked as set designer and builder for a while. He began to show an interest for the written word and, with his own exhaustive analysis, he dismembered classic texts in order to give them a new sense, synthesizing and translating them in tridimensional images and event in time. From his work as set designer for operas he started researching contemporary music, which he immediately included in his developments. He studied the Régié career at the Instituto Superior de Arte of the Teatro Colón. He was selected by Espacio Fundación Telefónica to participate in the Taller de Arte Interactivo 07 y 12, under the tutelage of Rodrigo Alonso and Mariano Sardon, where he found a multidisciplinary environment, which was ideal to realize his complex and hybrid developments.
He exhibited his art in Espacio Fundación Telefónica in Buenos Aires, Argentina and Lima, Peru, at MALI in Lima, Museo Castagnino y Macro in Rosario, Museo de Arte Contemporáneo de Bahía Blanca, Museo Municipal de Arte Moderno de Mendoza, Centro Cultural Recoleta in Buenos Aires, Centro Cultural de España in Buenos Aires, Centro Cultural General San Martín, Museo Caraffa in Córdoba and MAC in Salta.
Nonino has performed staging and designed sets for contemporary operas commissioned by theaters.
He is interested in the transcendence of the soul and the events that are involved in its passage through the Earth.
Currently, he resides in Buenos Aires, and is doing art clinic with Ana Gallardo.